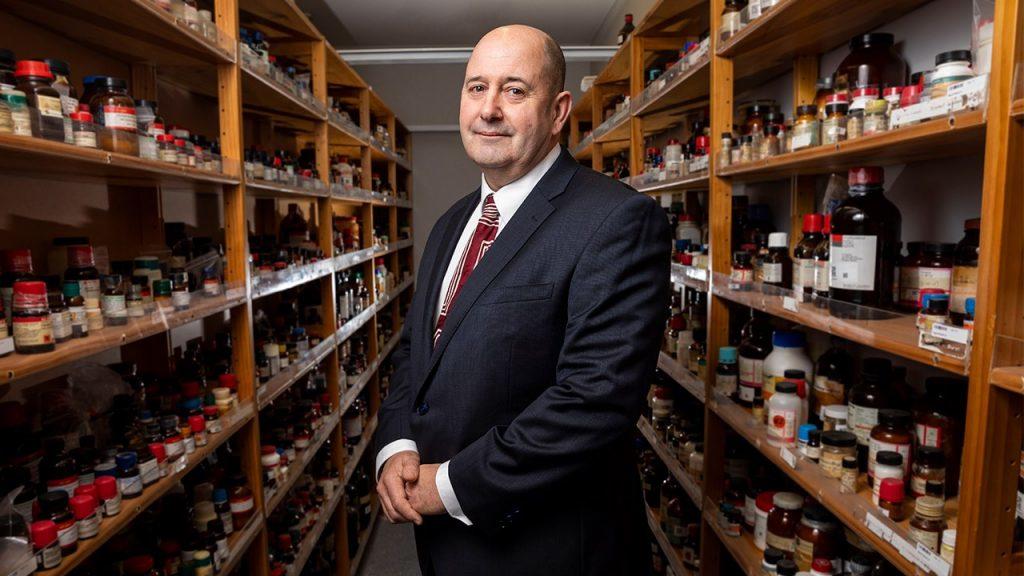 Sending a man to the moon was one of the defining scientific achievements of the 20th century, it was a ‘moonshot’ idea that was achieve by huge amount of effort, funding, and coordination.

The 21st century, in contrast, has been and will continue to be, shaped by cancer. Cancer is New Zealand's biggest killer. The Ministry of Health data found the disease accounted for nearly one-third of all deaths recorded in New Zealand.

So, if we can send a man to the moon, why can’t we cure cancer?

For all the talk of ‘curing cancer’, and despite considerable progress, especially in recent years, Dr Douglas Ormrod, Executive Director of Cancer Research Trust NZ, points out that cancer isn’t one disease to cure, and advances in all the many types of cancer will take a considerable amount of time, effort, and resources.”

“To put it plainly, without funding, breakthroughs can’t happen.”

“More specifically, investment in more high-risk, high reward research is absolutely critical. In research you want to test hypothesises and try something novel – that’s how you take something from a new and exciting idea to a breakthrough.”

Cancer Research Trust NZ, New Zealand’s second-largest cancer research charity, has awarded over $16 million in grants and while this may seem like a lot of money, the reality is that much larger sums are required to bring new treatments to clinic let alone make a cancer ‘breakthrough’.

For their part, the Trust has committed to focusing on supporting those risker ‘moonshots’, identifying the best new ideas and best researchers, and providing them with accelerator funding to innovate and developed their ideas to the point where they can apply for major grants.

The recent award of a $1.2 million Health Research Council (HRC) grant to Associate Professor Michael Hay of the Auckland Cancer Society Research Centre at the Faculty of Medical and Health Science, University of Auckland [MH1] is one of many examples of the success of this approach.

In 2016, the Trust awarded a grant of $106,000 to Dr Hay and his team to investigate the selective targeting of DNA repair to improve the effectiveness of radiotherapy.

“Radiotherapy works by damaging the DNA of cancer cells. However, like all cells, cancer cells have inbuilt repair mechanisms that work to counter the damage and save the cell. Of course, this is a very useful attribute for normal cells, but not so in cancer cells,” says Dr Hay.

“An enzyme called DNA-Protein Kinase (DNA-PK) is a crucial player in the repair process and if we could design molecules to selectively inhibit DNA-PK in cancer cells we could enhance the effectiveness of radiotherapy and at the same time reduce damage to normal tissue.”

Without support in its early hypothesis stage, this big idea would have had a much harder time being explored, let alone making it to a clinical trial.

“The larger grant funding bodies nearly always require extensive preliminary data to show that the research hypothesis is valid and that the applicants have the skills and resources required to execute the work. This puts us, and other researchers, in a Catch 22 situation – you need funds to do the preliminary work, which are hard to come by, but you can’t get a major grant without pilot data. This is where CRTNZ plays a key role and without their initial grant we would not be in the enviable position we as now in,” admits Dr Hay.

“As a result of the Cancer Research Trust NZ grant, we made tremendous progress and have designed and constructed very potent and selective inhibitors of DNA-PK. These compounds inhibit DNA-PK and stop the repair of DNA damage caused by radiation therapy. The compounds are very selective for this enzyme and so they are not toxic to cells in the absence of radiation-induced DNA damage.”

“We have also made prodrugs of the best of these inhibitors which are designed to be inactive until they encounter low oxygen regions within tumours (tumours have poor blood supply and so are low in oxygen). They are then activated by enzymes and, only in the absence of oxygen, to release the drug. This tumour-selective delivery is expected to reduce drug toxicity to normal tissues in the radiation field.”

“We then explored the behaviour of these compounds in tumour cells and solid tumours and evaluated their ability to sensitise tumour cells to radiation. So far, we have demonstrated that these potent and selective DNA-PK inhibitors are effective radiosensitisers of tumour cells in cell culture, and that they also work to sensitise hypoxic cells in human tumour models.

“We have exceeded our objectives and are poised to exploit these findings. For example, using efficient design and synthesis methods, we were able to prepare over 100 inhibitors rather than the 20 proposed in the budget.”

These results provided Dr Hay and his team with the solid base for a major, and now successful, Health Research Council proposal.

Dr Hay continues “During the tenure of out HRC grant we will test the anticancer activity of our inhibitors and prodrugs in head and neck squamous cell carcinoma cells, 3-dimensional tissue cultures and tumour models, in comparison with known DNA-PK inhibitors, to identify the best candidate for clinical development. Our long-term objective is to support first-in-human clinical trials in New Zealand of a DNA-PK radiosensitiser for head and neck cancer.”

It's always risky to predict the ‘next big thing’, but thanks to organisations like Cancer Research Trust NZ, Kiwi researchers, scientists, and medical professionals have been provided with the support needed to test the big ideas that will need to the breakthroughs we need in order to get cancer on the run.