Bowel Cancer: The Fat of the Matter 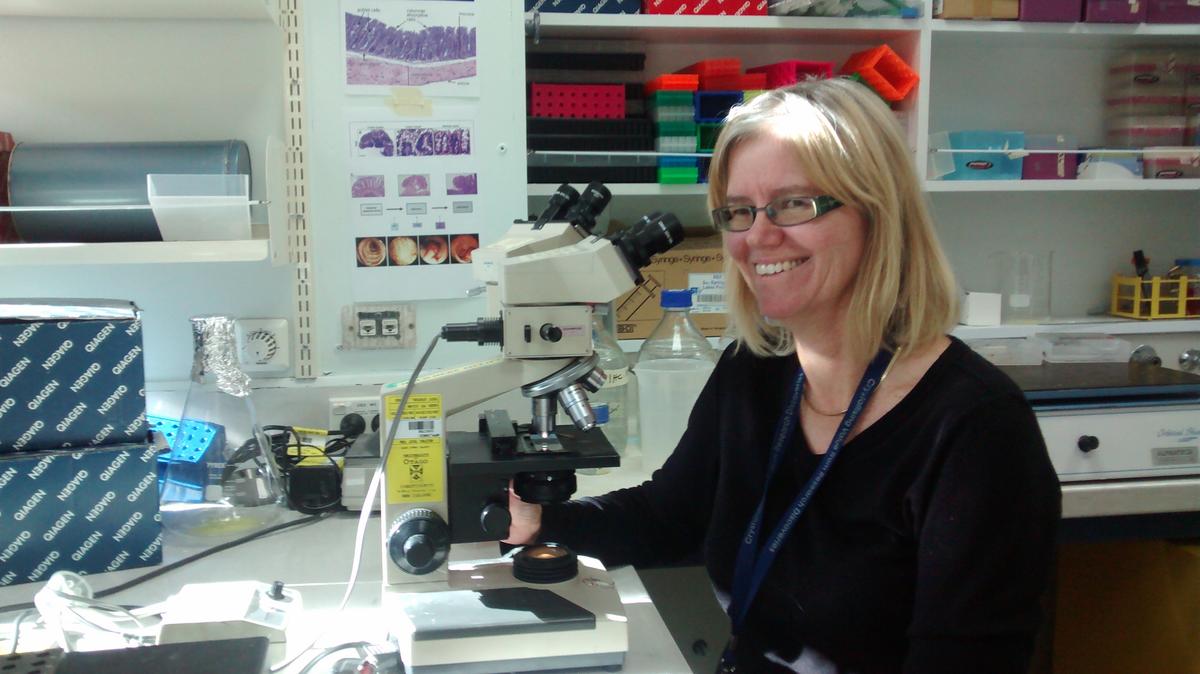 “It’s hard to make a mouse fat,” says Associate Professor Gabi Dachs, a leading cancer researcher at the University of Otago in Christchurch. “But, we developed an obese mouse model to measure the effect of being overweight or obese on cancer tumours and chemotherapy outcomes.”

Obesity has been shown to be a major risk factor in the development of bowel cancer as well as oesophagus, pancreas, liver, uterus, breast and kidney cancers – and evidence also shows that obese cancer patients often have a poorer survival rate than normal weight patients and some do not respond as well to chemotherapy.

Gabi and her team started investigating the link between obesity and bowel cancer by feeding sugar and insulin to cancer cells growing in a dish to replicate elements you would find in the blood of obese people. The cells grew faster and showed a small change in their resistance to chemotherapy. That wasn’t conclusive.

The investigation needed to move to a living organism and Cancer Research Trust New Zealand stepped up with the funds to test the theory with the obese mouse model (see details below).

“This research has been important in increasing our understanding of whether obesity-related factors affect patient response to chemotherapy,” Gabi says. “Like most research, more and wider investigation is needed to learn more, but what we found was that the tumour we had placed on mice fed with a high fat, high sugar, Western diet and who became fat, grew faster than the tumour placed on the mice that stayed slim.”

She says the next step to investigate the correlation between obesity and cancer would be a major study with real bowel cancer patients that also considered all aspects of their lives from diet, age, gender, lifestyle and exercise.

“Without funding from the Cancer Research Trust, we could not have done the research into exploring the role of obesity and bowel cancer, and the impact on treatments, nor could a student complete their PhD to advance new science so vital to us all.”

“There are so many outstanding questions we need answers for, and we don’t know the outcomes of the science we are uncovering. The support of a cancer research charity like the Trust is vital to moving closer to helping patients with cancer.”

The Link Between Obesity and Bowel Cancer – the Studies 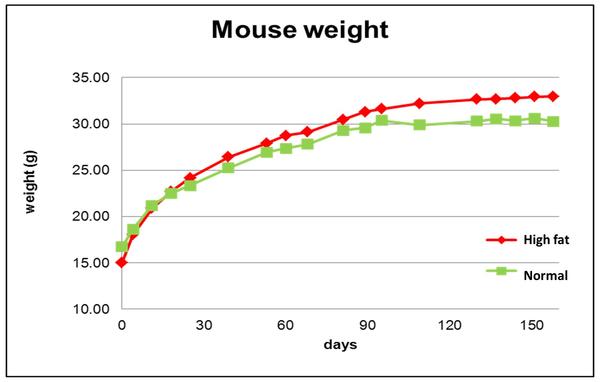 The researchers investigated the effect of obesity-related molecular factors on bowel cancer cells grown in culture. They found that the cancer cells grew faster when grown with insulin or an insulin-like growth factor (IGF-1). In addition, the growth factor slightly increased resistance to the main chemotherapy agents used to treat bowel cancer patients. Insulin, on the other hand, could either increase or decrease resistance to the drugs, depending on the conditions.

With further funding from Cancer Research Trust New Zealand, Gabi and the researchers involved in this initial study began to investigate the effect of obesity on bowel cancer by developing an obese mouse model. They found that mice provided with a Western-style, high-fat diet reduced their food intake compared to mice provided with normal chow and appeared to be largely resistant to diet-induced obesity.

On closer inspection, however, they detected that a subgroup of mice on the high-fat diet became obese, and these mice also showed an increase in tumour growth. Mice that stayed slim on the Western style diet had slower tumour growth.

In other words, tumour growth was increased only in those mice that were unable to resist obesity. How these findings in mice translate into patients with cancer is unclear and is currently being investigated.

Dr Gabi Dachs was awarded three grants from Cancer Research Trust of New Zealand totalling $264,277. She was awarded the Bruce Blue Award in 2008 to study the impact of obesity and insulin-resistance on response to chemotherapy in colorectal cancer. In 2009 she was again the recipient of the Bruce Blue Award, this time for a study into the chemotherapy response in an obese mouse model with colorectal cancer. Lastly, she was awarded a 2016 grant to look at the role of vitamin C transporters in cancers.