Lung Cancer is New Zealand’s biggest cancer killer, so what is being done? 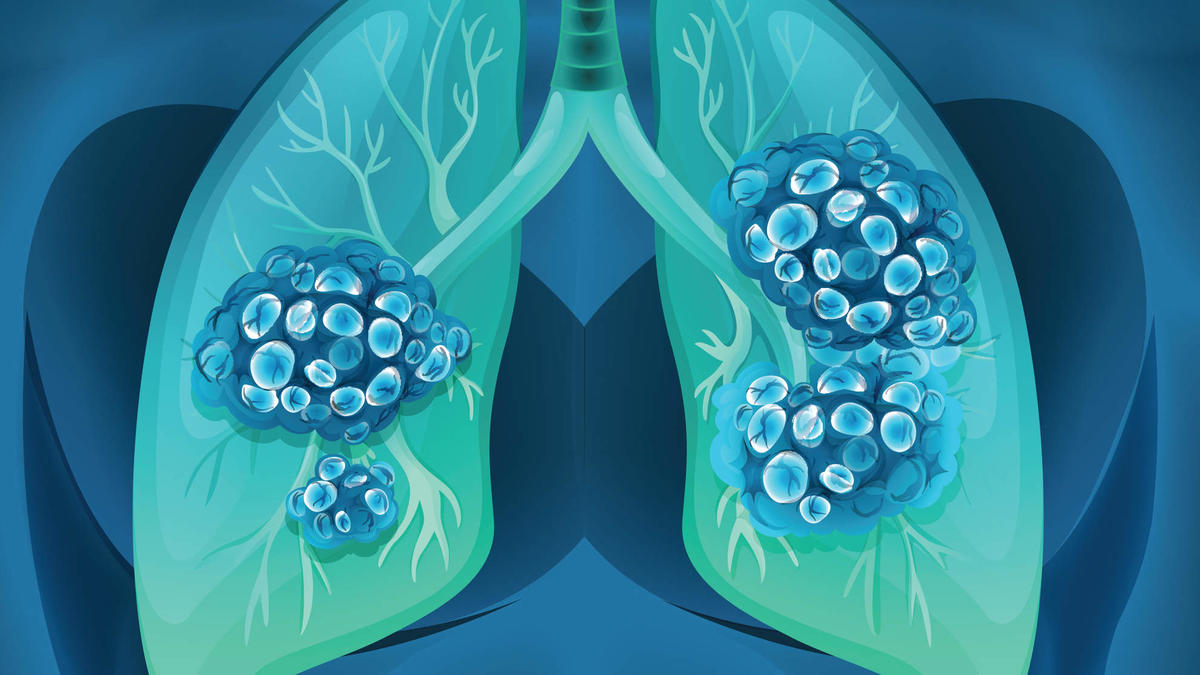 Every year for the last fifty years, lung cancer has killed more New Zealanders than any other cancer - more than breast cancer, prostate cancer and melanoma combined.

Today is World Lung Cancer Day, a globally observed day that aims to raise awareness of one of the most common cancers worldwide. As such, we thought it was a good opportunity to look at the causes and symptoms of lung cancer and discuss what can, and is being, done to get this cancer on the run. You can see what we’re doing here.

The reason that lung cancer is so devastating (the overall survival rate is about 17% at five years after diagnosis) is that most patients with lung cancer present when the cancer is advanced or has already spread. In fact, 74% of patients present with advanced lung cancer when they are first diagnosed.

Lung cancer accounts for nearly one in five cancer deaths globally, and more than 1800 Kiwis die from lung cancer every year. That’s four times our national road toll. That’s the sort of statistic that should be shocking people into action, but is it? What is being done, and what should be done to combat this cancer? 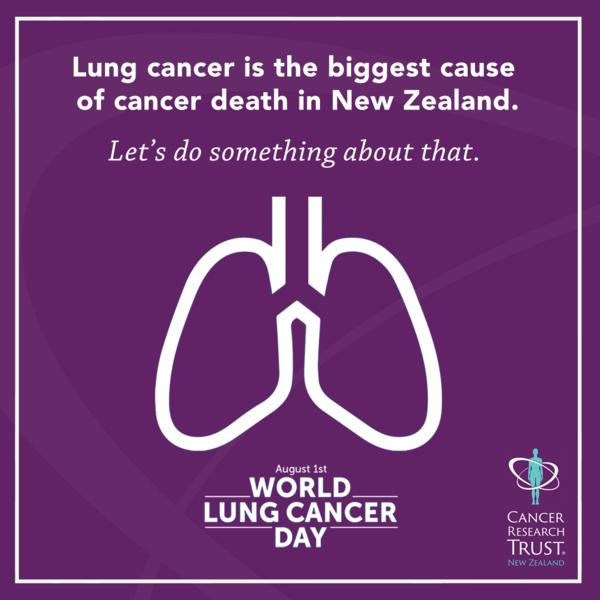 So what causes lung cancer?

It’s been well established that the development of lung cancer is strongly associated with cigarette smoking — with approximately 90% of lung cancers attributable to tobacco use. This is because tobacco smoke contains more than 4,000 chemical compounds, many of which are cancer-causing (carcinogens). In addition, there is also a serious risk for those exposed to second hand cigarette smoke.

Although the majority of lung cancers are linked to tobacco smoking, other causes of lung cancer include air pollution and inhalation of asbestos fibres.

So what are the symptoms?

Many lung cancers are now treatable with targeted therapies and early intervention and people can survive if it is caught early.

Complicating this is the fact that the symptoms of lung cancer are varied and warning signs are not always obvious. In fact, some people who get lung cancer display no symptoms until the cancer is discovered during a routine chest x-ray or CT scan.

In people who do display symptoms, these may include the following: 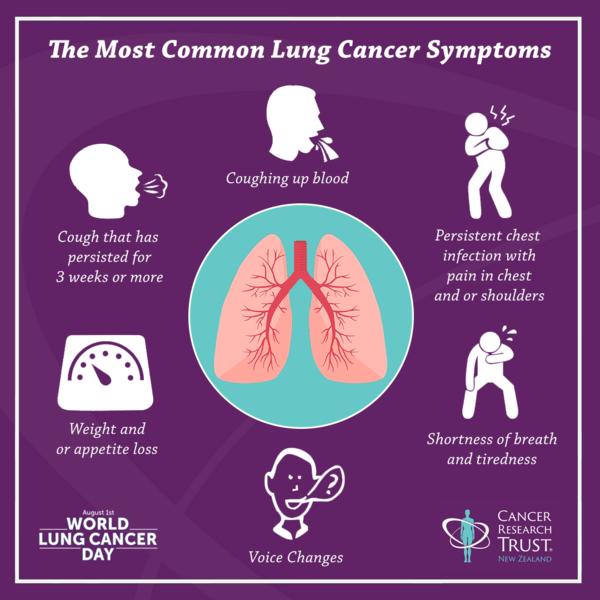 So what can be done?

The most effective measure that can be taken to prevent the development of lung cancer is to simply stop smoking. Reducing exposure to passive smoking is also an effective method of prevention.

The main treatments for lung cancer are surgery, radiation treatment and chemotherapy.

The choice of treatment will depend on:

We know that research is our best hope against lung cancer and more needs to be invested in it in order to save lives — now and in the future. 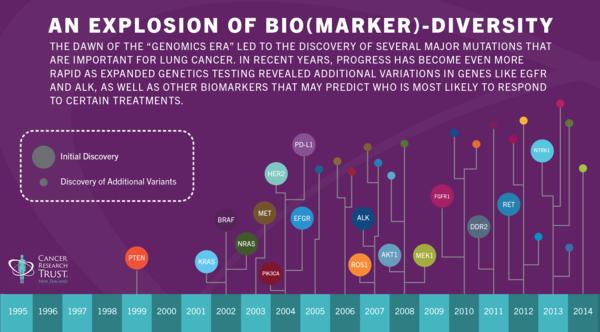 Cancer Research Trust, one of the largest cancer research charitable trusts in New Zealand, has funded over $15 million in research and professional development projects since 2002 with every cent of every dollar donated applied to the work of the Trust.

We fund research and professional development across the cancer spectrum from prevention, through detection, diagnosis and treatment to end of life palliative or hospice care. No other New Zealand cancer charity can claim this.

One such project is an innovative trial by Dr Scott Babington from the Canterbury DHB. 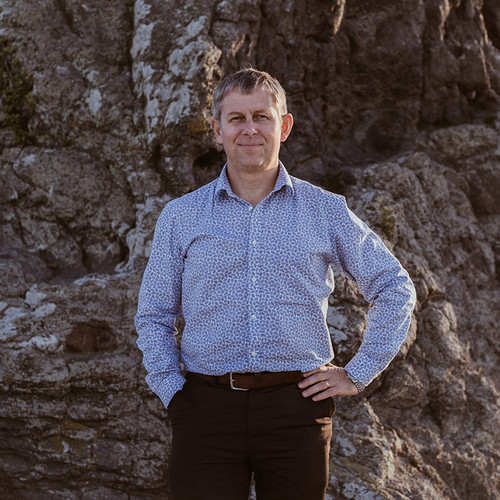 This study tests a new method of treating early stage lung cancer patients who decline or are not fit for surgery. This treatment uses very high precision radiotherapy called Stereotactic Body Radiotherapy (SBRT). The trial aims to determine if SBRT given in only three treatments over two weeks is better than current radiotherapy treatment given daily over six and a half weeks. New Zealand study patients will receive SBRT or standard radiotherapy treatment. This study will provide excellent evidence to guide New Zealand and international best practice and will enable us to gain valuable hands on expertise in using SBRT.

The results of the trial which was presented, at World conference on Lung Cancer last year, have so far been very encouraging. The trial showed a superior freedom from local failure for SABR, and more significantly a significant survival advantage for SABR. This is an amazing finding, very significant.

The trial is to be formally published in a significant peer reviewed journal in the near future. In the meantime, the abstract is available to view here. 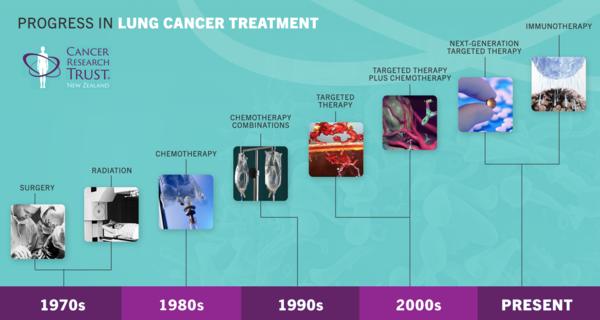 We know that big things can happen from small beginnings and we give bold ideas about cancer a real chance to grow. Research is our best hope, and supporting innovative research projects like this one will help get cancer on the run.

How you can help

We’re funding New Zealand’s best minds in cancer innovation. This includes funding research and professional development across the cancer spectrum, including lung cancer.From prevention, through detection, diagnosis and treatment to end of life palliative or hospice care- we’re working to give bold ideas about cancer a chance to grow, to help get cancer on the run. Find out how you can play you part here: www.cancerresearchtrustnz.org.nz/we-are-getting-cancer-on-the-run.

Cancer Research Trust New Zealand is the country’s second biggest independent cancer research charity, funding over $15 million in research and professional development projects since 2002. The Trust provides grants to support New Zealand-based initiatives that will lead to improvements in the prevention, detection, diagnosis or treatment of all types of cancer, or improvements in palliative care.