The placenta: the tissue that nourishes new life may also save lives 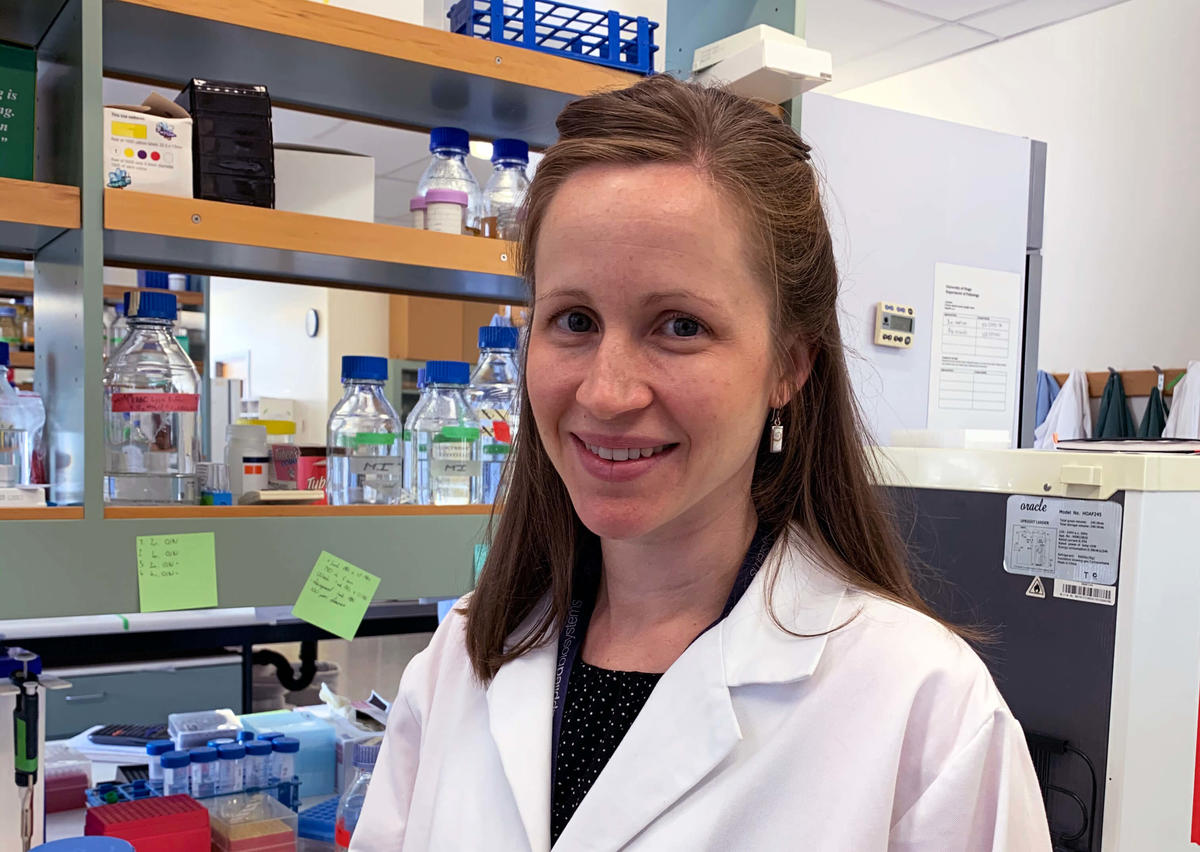 The placenta, the wonder of human reproduction, is now providing insight into the invasive nature of cancer. This world-first research is being carried out by Dr Erin Macaulay and colleagues in the Department of Pathology (Dunedin School of Medicine, University of Otago).

Dr Macaulay says, “my research focuses on genes that regulate the growth and development of the human placenta. I was struck by the similarities between the normal growth of the placenta and the abnormal growth of cancer.”

Continues Dr Macaulay, “The placenta starts to develop at the time of conception and rapidly invades the wall of the uterus, establishing a link to the mother’s blood supply that nourishes the baby until birth. After birth, the placenta breaks away and the uterus returns to normal,"

"Some of the genes that control the growth and development of the placenta come from DNA sequences called retrotransposons, which are controlled by a chemical process called DNA methylation. When the genes are methylated, they are “off” and when they are un-methylated, they are “on”. These retrotransposon genes are normally switched “off” in healthy tissues, but they are switched “on” in the placenta and encode important genes for placental function."

"We noted the similar invasive behaviours of placental and cancer cells, and thought that these placental retrotransposon genes may play a role in the invasive nature of cancer. So then we looked at these genes in melanoma - one of the most invasive cancers - and were excited to find that our hunch was right: some of the genes that facilitate placental development were also switched “on” in melanoma cells.”

There are many, many genes in this group, and Dr Macaulay’s research team has recently created a bioinformatic pipeline to identify new placental retrotransposon genes that are turned “on” in melanoma, as well as in other cancer types. They are currently characterising the function of these placental genes in cancer by turning these placental genes “off” in cancer cells. If the cancer cells stop growing or invading, then these genes may prove to be key controllers of both normal placental development and the abnormal growth of cancer.

Hopefully this knowledge will lead to new strategies for cancer detection and treatment. Since these genes are only ever expressed in the placenta and in cancer (and not in any healthy human tissue), they could make valuable diagnostic and therapeutic targets. They could help identify cancers that are at a higher risk of spreading. Additionally, targeting these genes would allow cancer cells to be attacked without affecting healthy cells of the body. The goal of this research is to identify a new panel of genes that can be used clinically for novel targeted therapies or treatment strategies.

Concludes Dr Macaulay, “research funding is the only way that we can make progress in the chase for a cure for cancer, and we are incredibly grateful to the Cancer Research Trust, and its generous donors, for supporting our research.”

Lymphangioleiomyomatosis (LAM) is a rare cancer which almost exclusively effects women during their childbearing years. The disease manifests following the invasion of smooth muscle-like cells, progressing towards total lung destruction. There are currently no curative treatments for LAM, leaving lung transplantation as the last resort. Our relationship with one of New Zealand’s few LAM patients and their oncologist uniquely positions us to perform a case study, seeking to identify genetic and epigenetic underpinnings of this patient’s multi-tumour condition. We aim to determine new markers for LAM that can be used to develop targeted therapies – something all LAM patients desperately need.

2015: The genes of life and death: a role for placental-specific genes in cancer.

The genes of life and death: a role for placental-specific genes in cancer.

The human placenta behaves like cancer. It invades the adjacent uterus, like cancer eroding surrounding organs. Invasive placental cells are similar to cancer cells in their DNA modifications. In fact, DNA modifications in placental cells are more similar to those in cancer cells than to healthy human cells. So, the placenta might hold the key to curing cancer – specifically via retrotransposons: DNA segments that are activated in the placenta and some cancers, but not in healthy organs. We have evidence that these placental genes are activated in cancer, and believe retrotransposons may offer powerful perspectives on cancer prevention and treatment.